It’s been quite the hectic 2 months for us and will be releasing even more requested features!

We’re proud to announce co-ownership boards are officially live! You can invite people to your board by sending them an invitation via email. You’re able to see who is pending and who has accepted your invite. You will now see the new Co-Owner button located inside your Boards. This feature allows you to invite users to a public or private board. Stay tuned for a lot more exciting features to be released in the coming weeks! 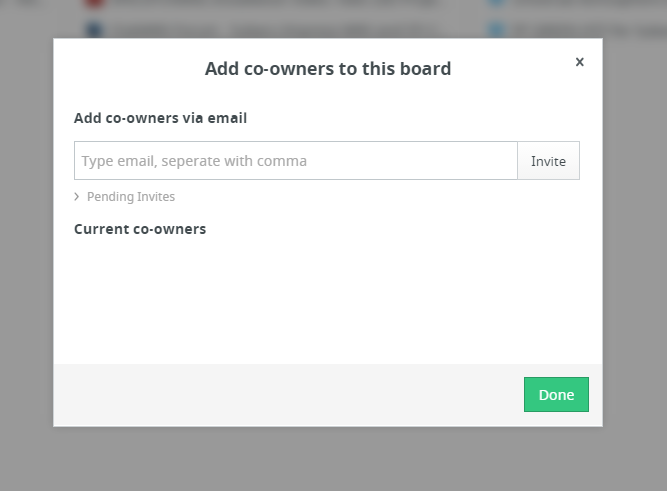 Try out our pack and unpack of your current tabs feature. This will help you with reducing Google Chrome memory usage along with storing your tabs in cloud. It’s only available using our Chrome Extension! 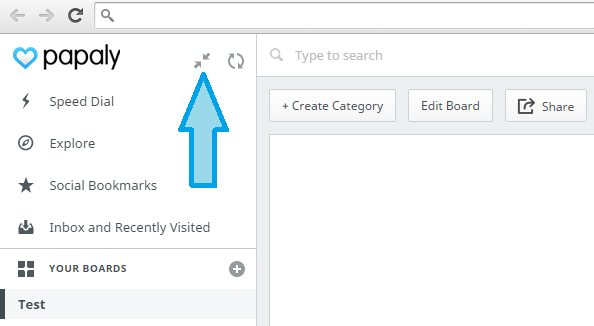 We’re in the process of releasing a lot of exciting features that you’ve all been waiting for!

We want to thank you all for the amazing suggestions and growing with us. If you have any suggestions or feature that you want us to make you can submit it to our Uservoice.

Screenshots of our upcoming import makeover: 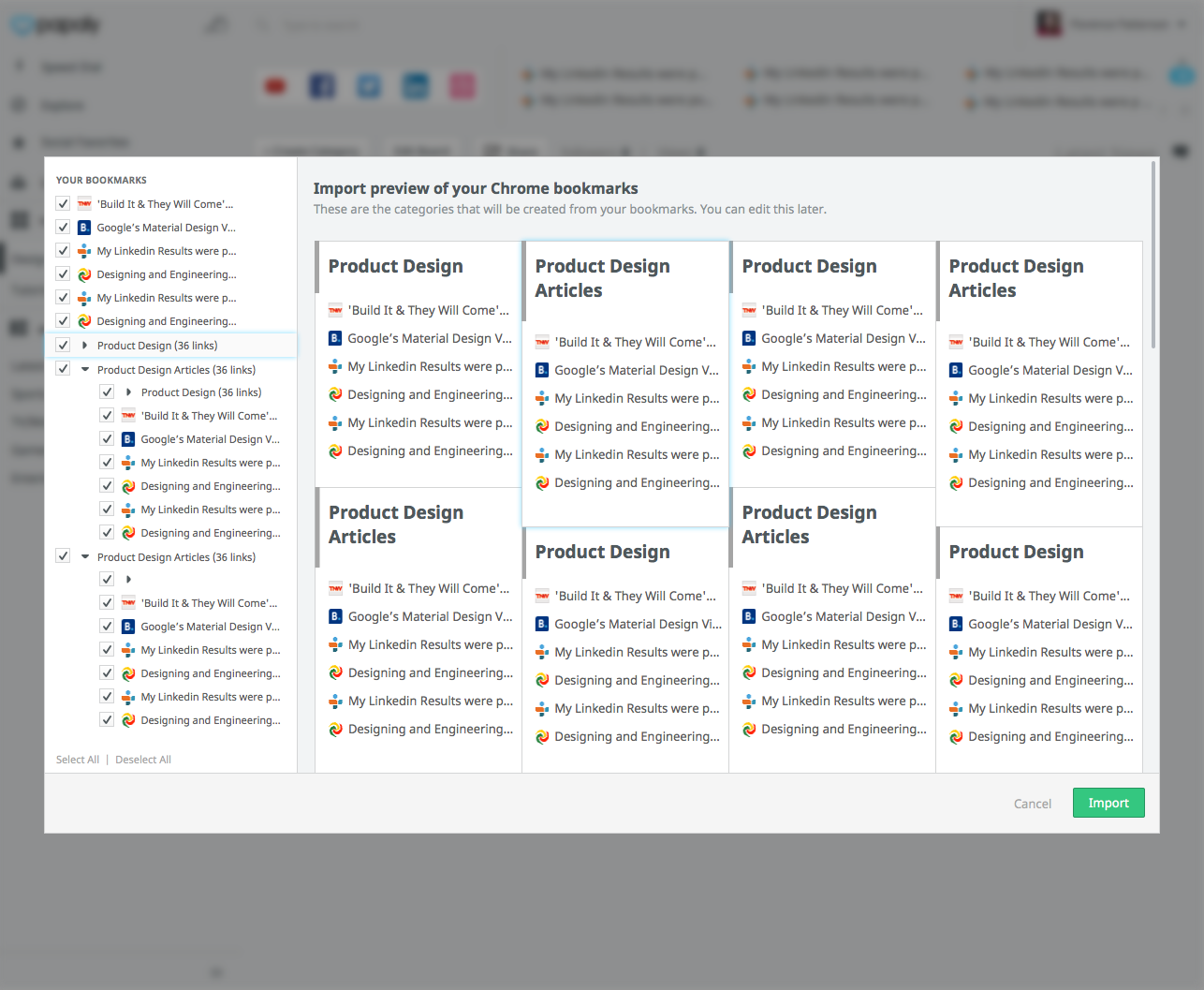 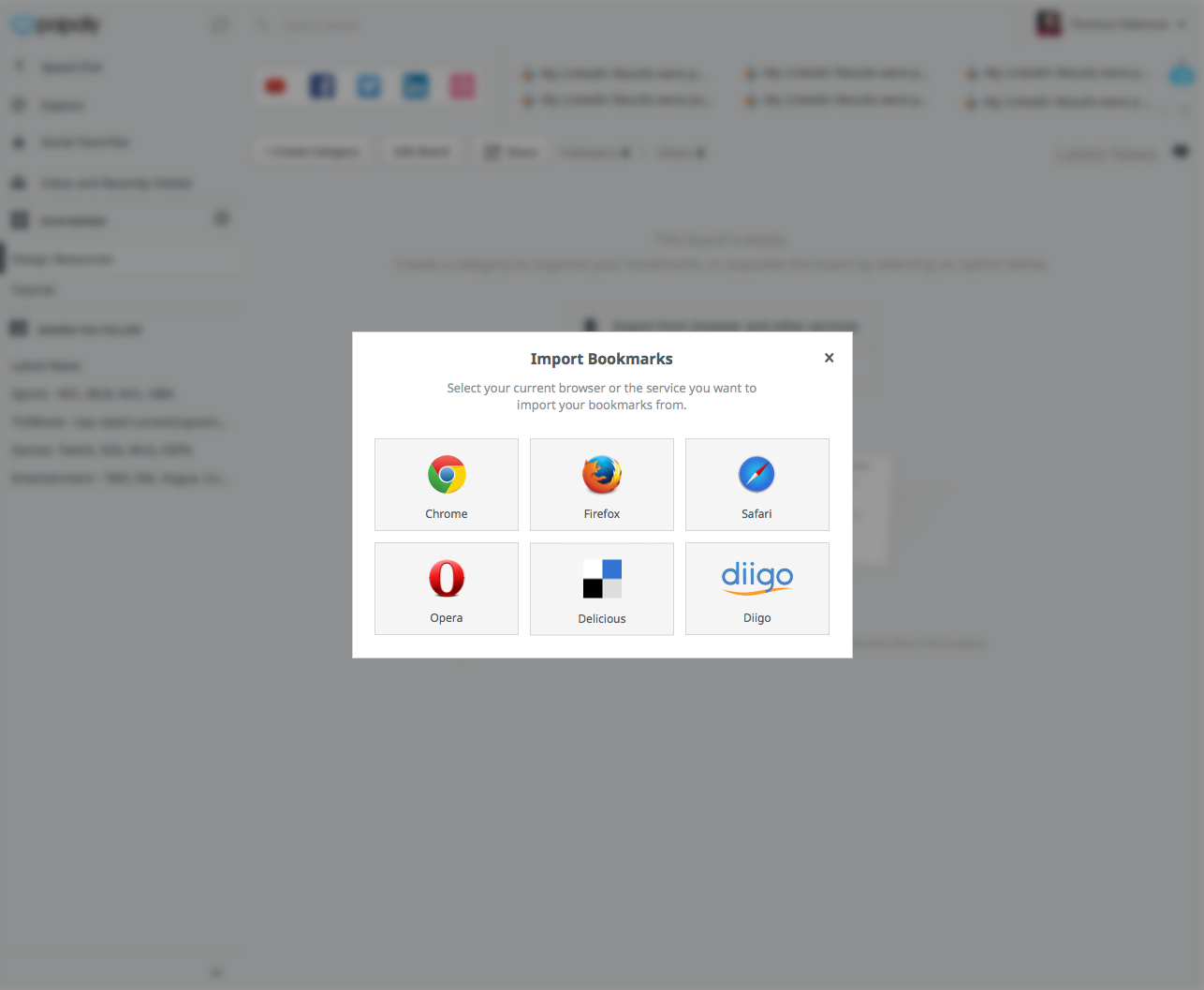 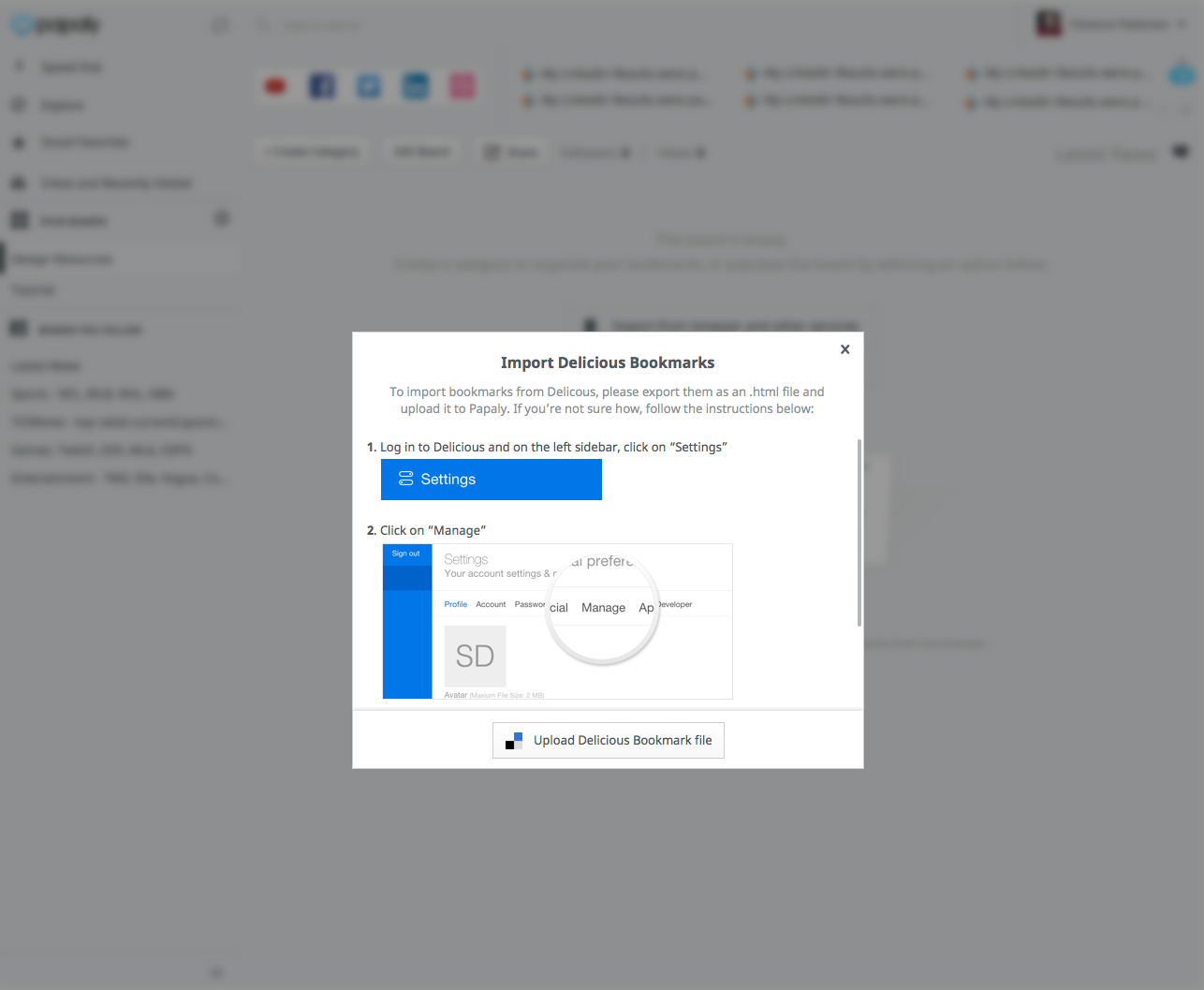 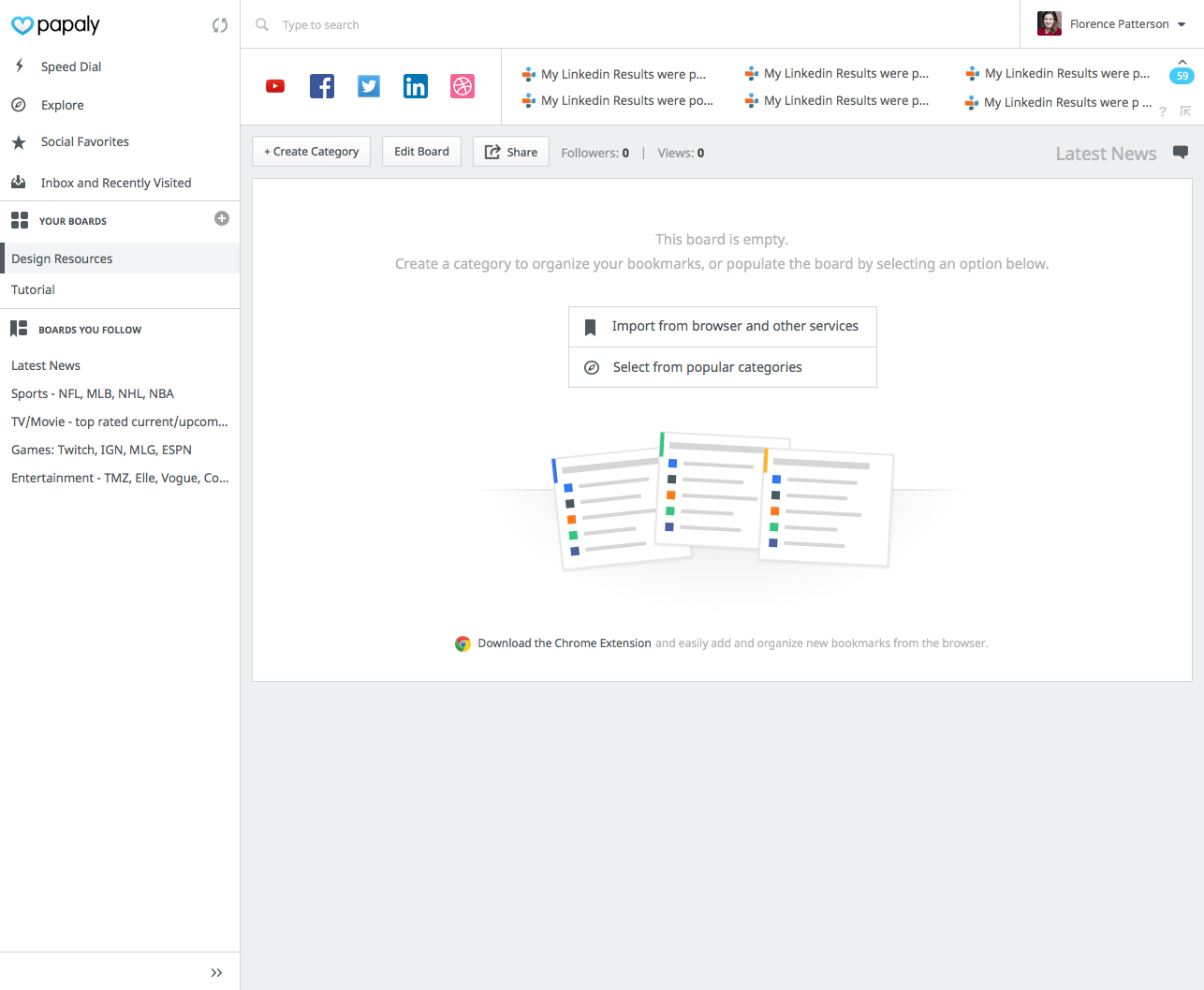 We officially released our new interface! We’ve been going non-stop ever since the release fixing bugs, releasing suggested features and replying to every single person that has reached out to us. We’ve literally received hundreds of suggestions, interface concerns and bugs. We will be rolling out new features along with corrected features to make Papaly simplified and to have the best possible user experience!

List of what is to come due to user requests and suggestions. Thanks everyone that has reached out to us to make all our existing and upcoming features possible!

The list goes on but these are the major updates that we will be rolling out. Ones with the most user requests are going to be our top priority along with releasing hotfixes for any bugs. Hope everyone enjoyed the released and thank you all for all the feedback along with a smooth transition!

We’re proud to announce that we’re officially apart of the Firefox Add-on Store! If you previously installed our Firefox beta add-on please delete the add-on and replace it with the current version inside the Firefox store. Unfortunately, Firefox doesn’t allow New Tab functionality with any of their add-ons unlike our Chrome Extension. I hope you enjoy our Firefox Add-on since a lot of you have been requesting it for weeks now! 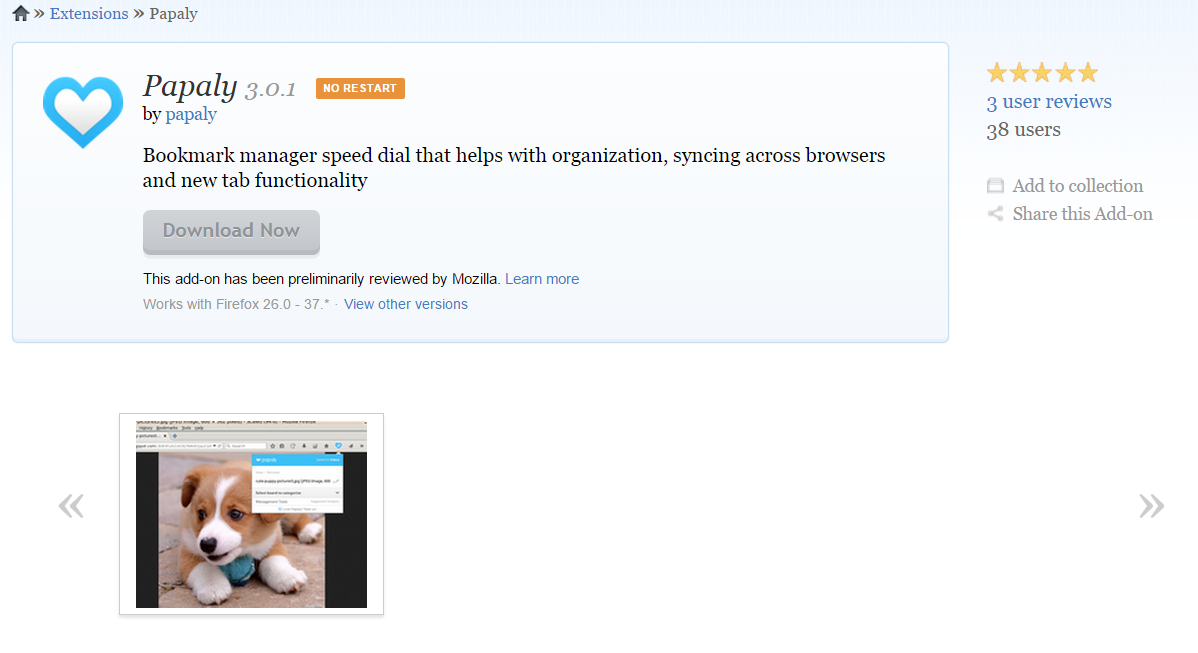 We officially hit a 200+ 5 star rating milestone this month for our Chrome Extension! We’re also releasing our upgraded version 2 iOS application in the iTune store this week. Papaly has been growing immensely over the past couple months and we appreciate everyone’s support! We’re also releasing our new main UI in the coming weeks! It’s currently in beta and working out the kinks before releasing it to production. Thank you for choosing Papaly and growing with us. -Papaly Team 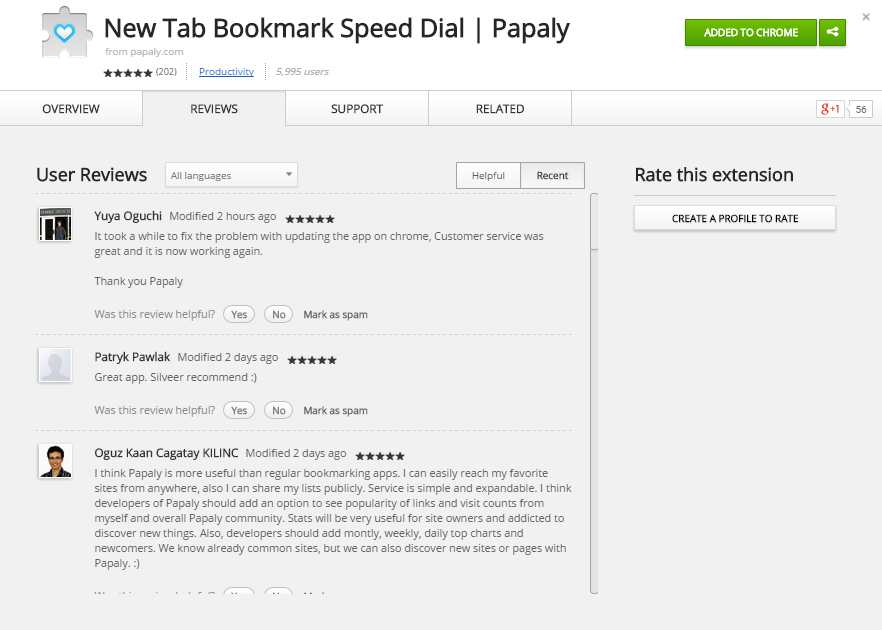 As Papaly continues to grow so does it’s user requested features. We rounded up all the top suggestions and starting putting our efforts into to making them possible. Our first priority is to make sure Papaly runs flawlessly without any bugs and to make our user experience our top priority. If you have any suggestions feel free to share your idea(s) on our Uservoice page! 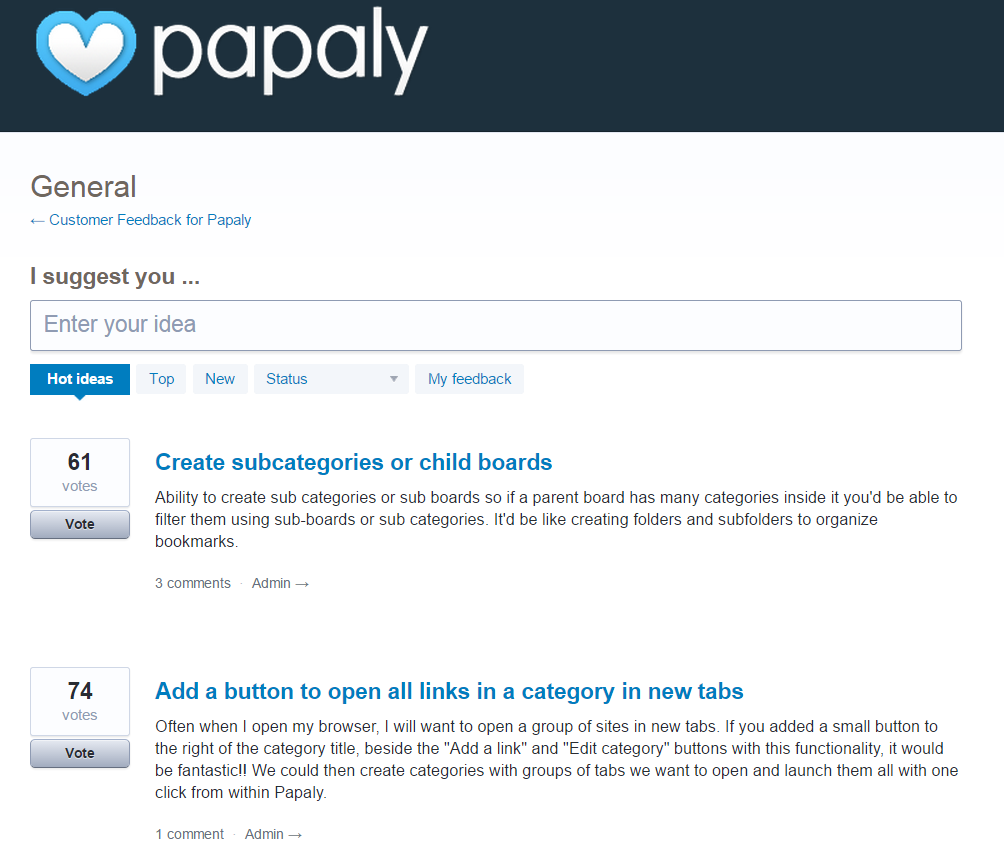 Our iOS application is officially inside iTunes! It’s an early stage application which is a read only version. We’re in the process of updating the current Version 1 to Version 2 with full functionality. You can download our iOS application here and don’t forget to rate us! 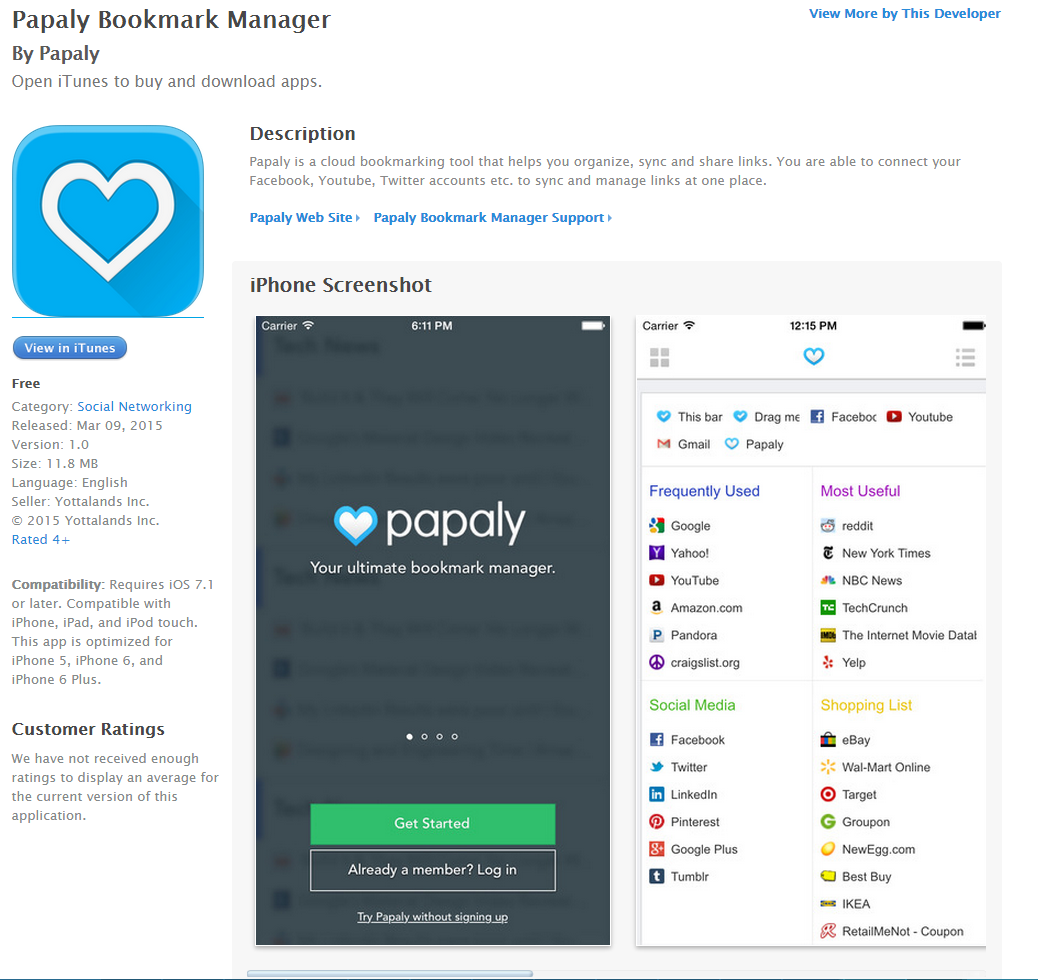 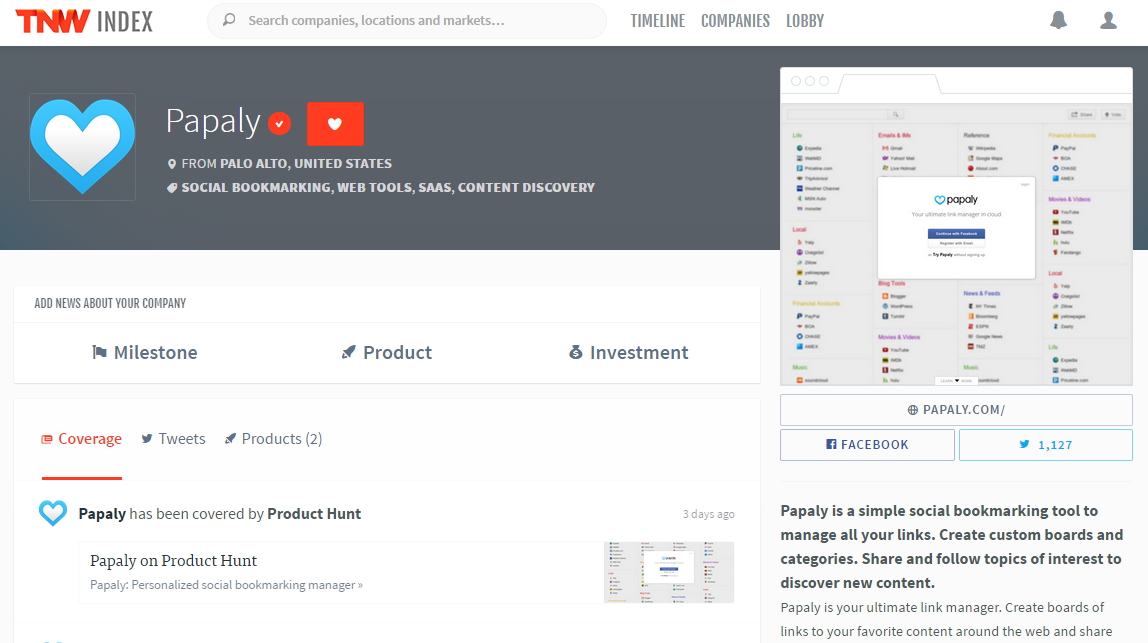 We’re excited to be one of the early adopting companies that is included into TheNextWeb Index. As Papaly is expanding rapidly we’re constantly looking to do things outside the norm. We support and grow with numerous types of Startup ideas. We’re looking forward to the public launch of TheNextWeb Index and what TheNextWeb has in store!